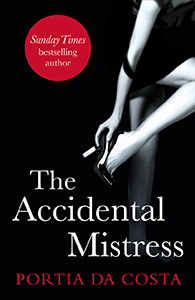 Lizzie Aitchison's lover, multimillionaire John Smith, has decided to buy a house in the area. He takes her along to view a likely property... and as usual, John being John, matters take a sensual turn...

Dalethwaite was just as magical as it had been at the time of the garden party. It might be Victorian, but there was nothing dark or oppressively cluttered about it. She remembered it as being surprisingly light and airy, and redecoration in the interim had only increased that effect. The décor was contemporary, but it didn’t argue with the Nineteenth Century structure; the two had a harmonious conversation across the years, and the estate agent’s online brochure hadn’t done the renovations justice, by a long shot. Sunshine poured in through windows wherever she turned, and the ambience had a soft quality too, a liveable, easy warmth, despite the luxurious elegance of many of the rooms.

‘I’ve been here before,’ Lizzie finally told John as they entered the gorgeous orangery, a giant conservatory space that was at least as big as the entire ground floor of the house at St Patrick’s Road, ‘There was a big garden party, and I was doing a bit of on and off waitressing for a catering company at the time. It was like being in fairyland, and the guests were so glam in full evening wear and everything.’

‘Now you’re the one who’s glamorous,’ said John, flinging himself down on one of two low cream-coloured settees that were set facing each other, ‘you look amazingly at home in this room. Like a film star. To the manor born.’

‘Yes, really. Don’t be stubborn. False modesty doesn’t become you, Lizzie.’ The words were stern, but his expression was sultry and indulgent. ‘Now come over here and stop drifting around like a supermodel. I had a hellish time in New York, and all I really want to do is touch you.’ He paused, his brilliant blue eyes taking her in from top to toe, making her feel as if she’d been swept by a ray of heat. ‘And to fuck you in every goddam room in this place. And believe me, there are a lot of rooms.’ He held out his hand, palm up, but it was more a gesture of command than supplication.

Her feet frozen to the spot, Lizzie said, ‘But we’re only viewing the house, John. Someone could come at any minute.’ Her heart raced.

‘I certainly hope so,’ he replied, with a soft, fruity laugh, ‘that’s my intention at the very least. And as I’m feeling generous, I don’t mind if it’s you. Despite the fact I’ve got the most savage hard-on.’

Oh, he certainly had!

Even though she probably looked at John’s groin far more often than was decent, Lizzie hadn’t ogled his crotch for at least several minutes. Surely he hadn’t had that enormous erection a few minutes ago? Although maybe he had, and his jacket had hidden it?

Either way, he was sporting the most sumptuous bulge now.

‘Lizzie.’ Her name was softly spoken; a tantalising warning.

She walked towards him, helpless to resist. He really was the most crazy man. They were only viewing the house, and anyone really could arrive at any moment. Yet still she knew she’d let him do anything to her, anything at all.

Please spread the word, and let me know what you think in a comment.

Looking forward to this. Love that John is such a kinky exhibitionist. Naughty man and lucky Lizzie!
Jacqueline